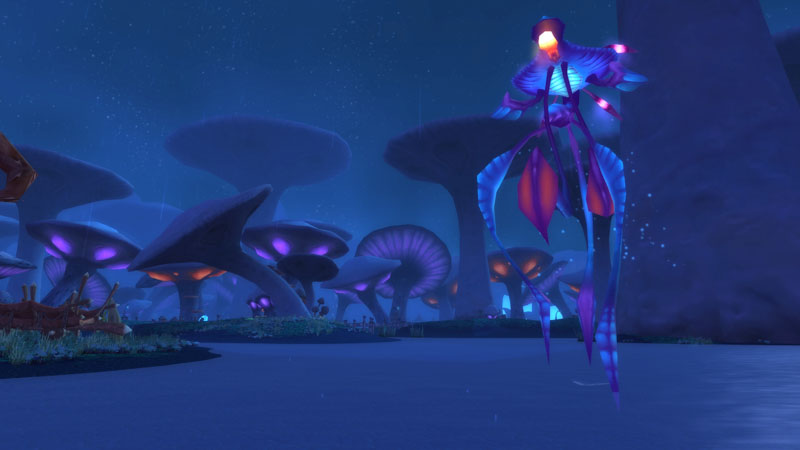 It was bitterly cold upon the water: the surface of it smooth as glass, rippling only along the edges of the boat. Lor’themar Theron had insisted on coming by the sea, by the old way. He wanted to absorb it all, not teleported instantly to the gates of Suramar City but seeing it as it was meant to be seen. And there it was, shimmering domes unfolding slowly above a still, blue lake, the tall crystalline towers looming like mountains sculpted by ancient gods. Gods, he mused, with a delicate touch and graceful sensibility—for though Suramar City had stood for ten thousand years and more, it looked fragile enough to shatter at a mere tremor.

They passed the imposing central hub of Astravar Harbor, floating toward the Moonlit Landing where lush purple ferns unfurled like welcome banners and pale violet flowers bobbed beneath a canopy of blossoming sapphire branches. The boat cut across the looming shadow of the Nighthold on toward the empty docks below the landing.

First Arcanist Thalyssra had invited him to come, the invitation so long-standing he had simply run out of excuses to forestall the visit. It was not lack of want that kept him away, but the endless demands made upon his time. As leader of the sin’dorei and member of the newly formed Horde council, his time was split between the concerns of Silvermoon City and pressing requests from Orgrimmar. Lor’themar felt split in two, and neither half his own. This visit—this indulgence—did not belong to either half, but rather floated somewhere in the middle, in the corner of his heart where his own interests lay withered and all but forgotten